Since its foundation in 1918, CITIZEN has promoted a global, multicultural mindset that fosters excellence and creativity. In 2015 CITIZEN Watches Australia marks its 50th anniversary, celebrating half a century of improving the lives of everyday Australians with innovative, world-class watches. As citizens of the world, we make it our responsibility to help cultivate a culture of positive change and ongoing evolution through our craft. We take this mission seriously and eagerly welcome what the future may bring.

As a true manufacture d’horlogerie, CITIZEN integrates a comprehensive manufacturing process that extends from creating a watch’s individual components to its final assembly. 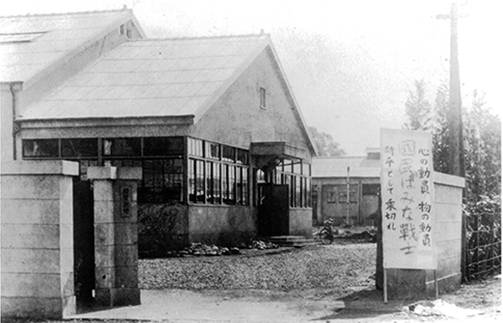 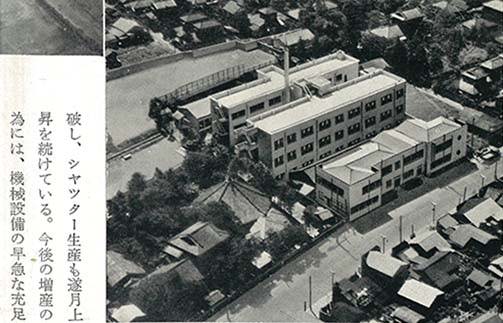 The factory at the beginning

A history of innovation

Our 84-year company history of world firsts includes watchmaking innovations such as radio-controlled and satellite-synchronised timekeeping. A pivotal advance was the development of a revolutionary light-powered technology, Eco-Drive, which CITIZEN pioneered well ahead of other watch manufacturers – as early as 1976. Using electrical power converted from virtually any light source, this extraordinary innovation changed forever the way watches could be powered. Eco-Drive eliminates the need to replace batteries, making it especially beneficial in areas where specialised batteries are not available. This advance increases the availability and usability of CITIZEN watches, allowing more people the experience of enjoying our crafted timepieces.

1924 : The first pocketwatch, the first pocket watch made at Shokosha Watch Research Institute, forerunner of Citizen Watch Co.,Ltd. Mr.Shinpei Goto, the Mayor of Tokyo at that time, named the pocketwatch “Citizen” in hopes of being popular and loved by citizens in the world. 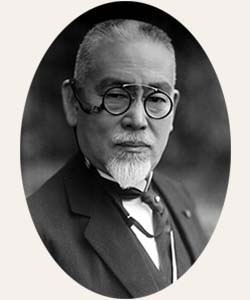 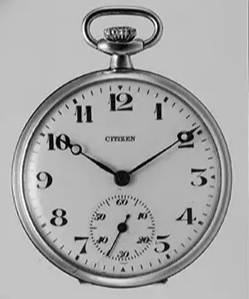 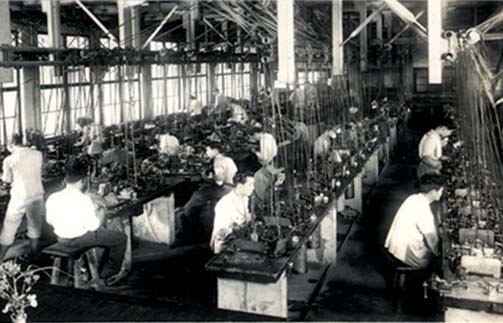 1931 : Citizen’s first men’s wristwatch. The market was in transition to a wristwatch.

1936 : Tanashi Factory, it was established in 1936 for greater mass-production line to correspond with the market’s high demand 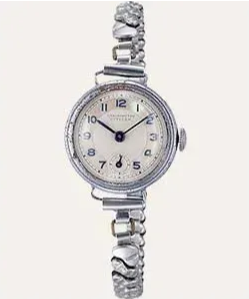 1956 : The first domestic watch with “Parashock” technology. The experimental event for the testing of this watch, involved dropping it from a helicopter in Osaka, 30 meters above ground and was not damaged upon impact. The same experiment was held countrywide afterwards.

1958 : The first domestic watch with alarm, a built-in hammer beats the case back for about 10 seconds at the set time.

1960 : The first domestic watch for the visually impaired. Sold and also donated.

1960 : The first domestic watch for the visually impaired. Sold and also donated. 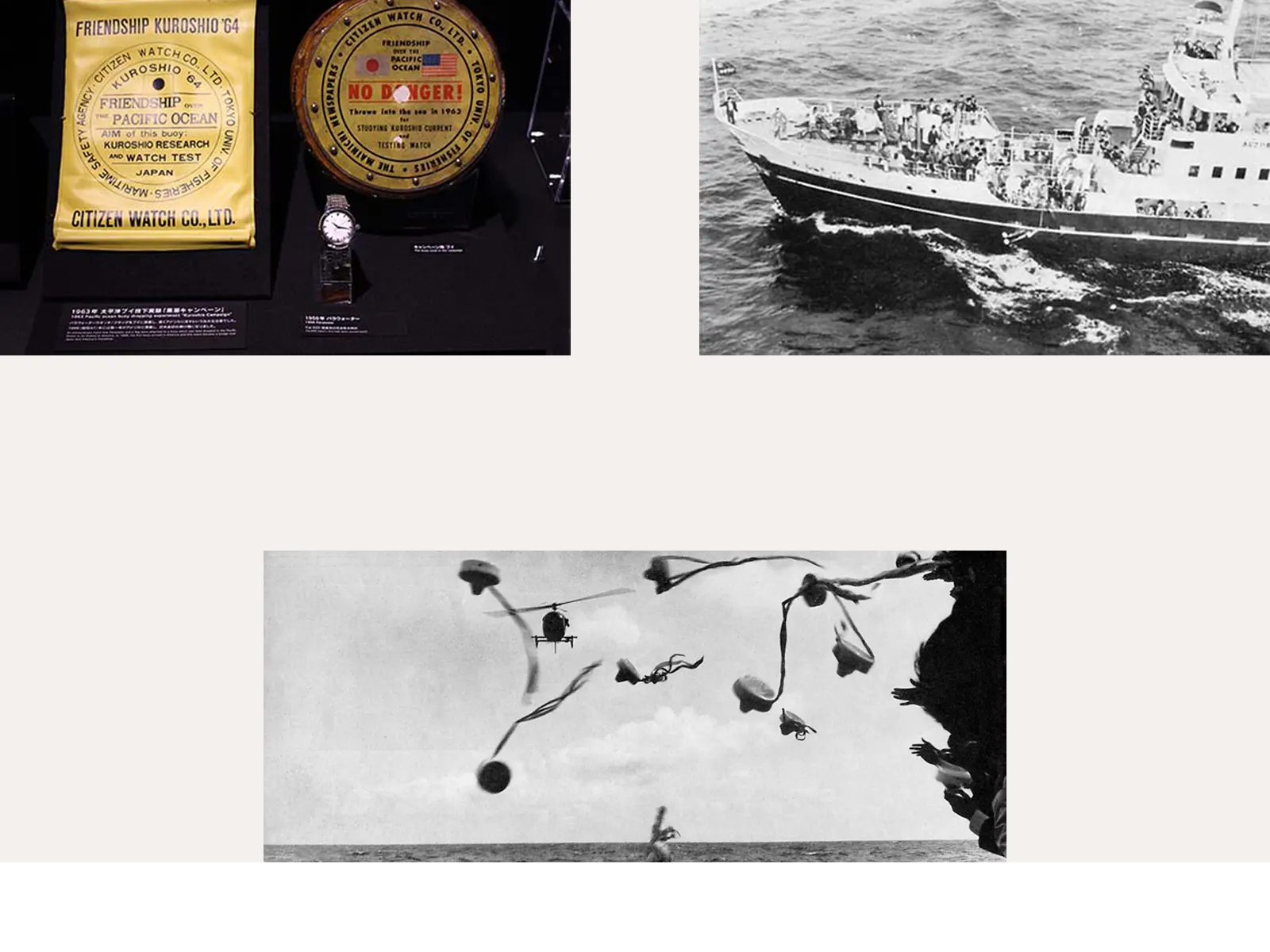 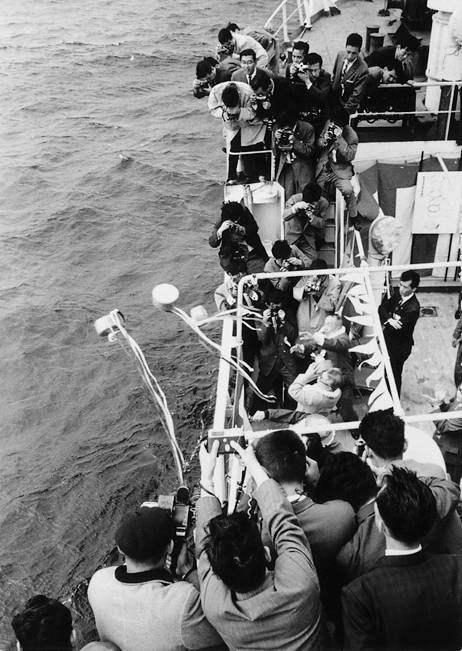 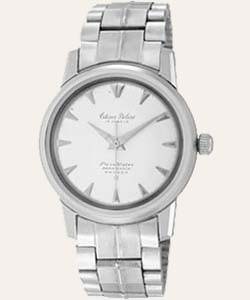 1976 : The world’s first quartz watch being accurate within 3seconds per year. Limited qty of 3,000pcs. Case and band were made from 18K.

1978 : The first domestic combination quartz watch. One movement holds the function of both analogue and digital ,”Citizen Quartz Digi-Ana”. Being innovative, it sold more than 1 million pieces. 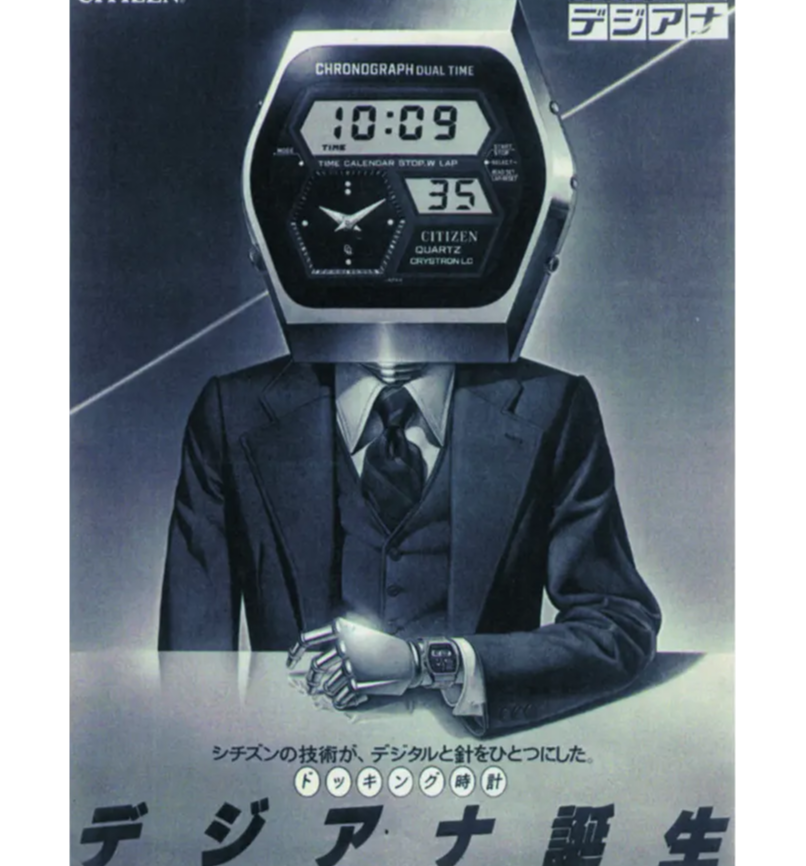 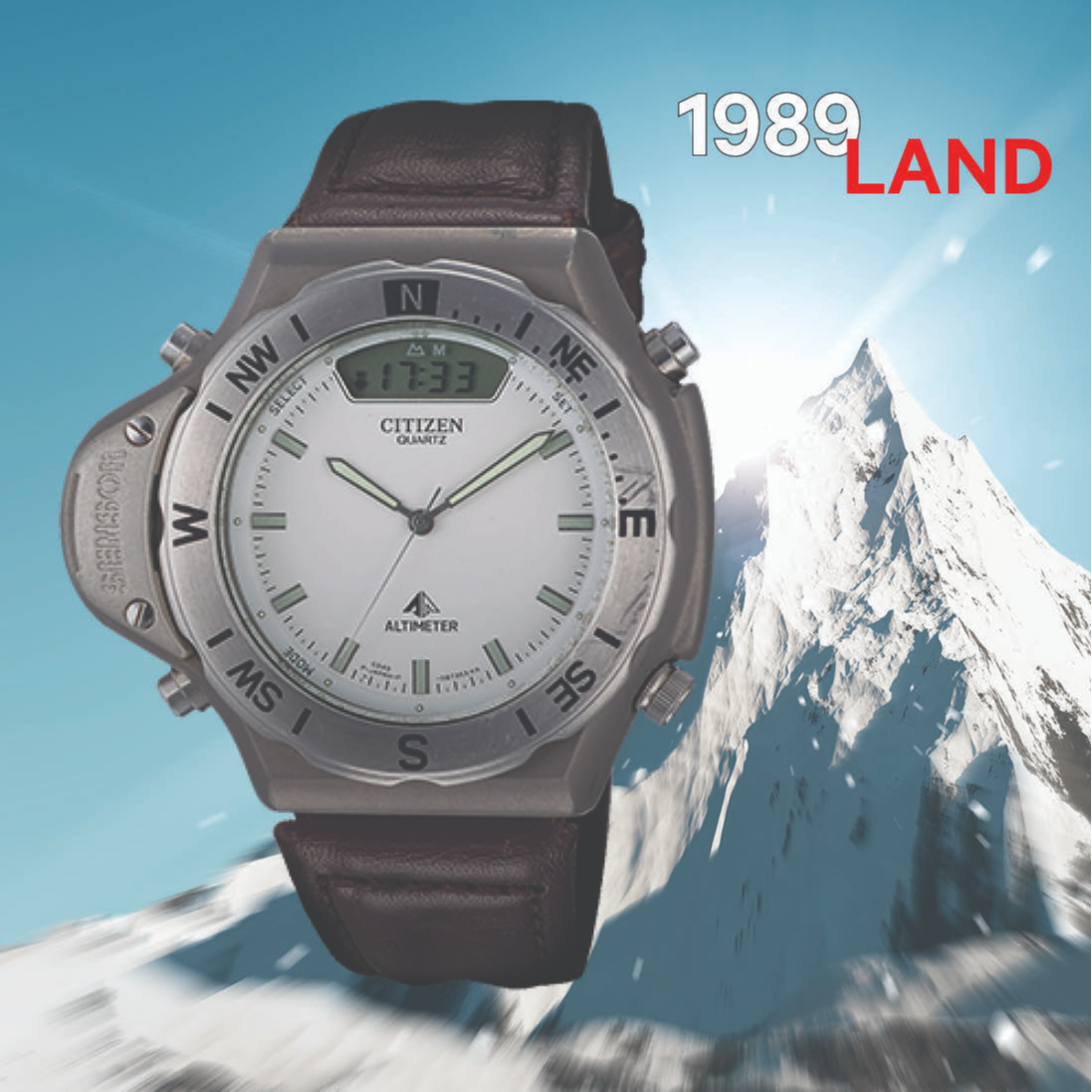 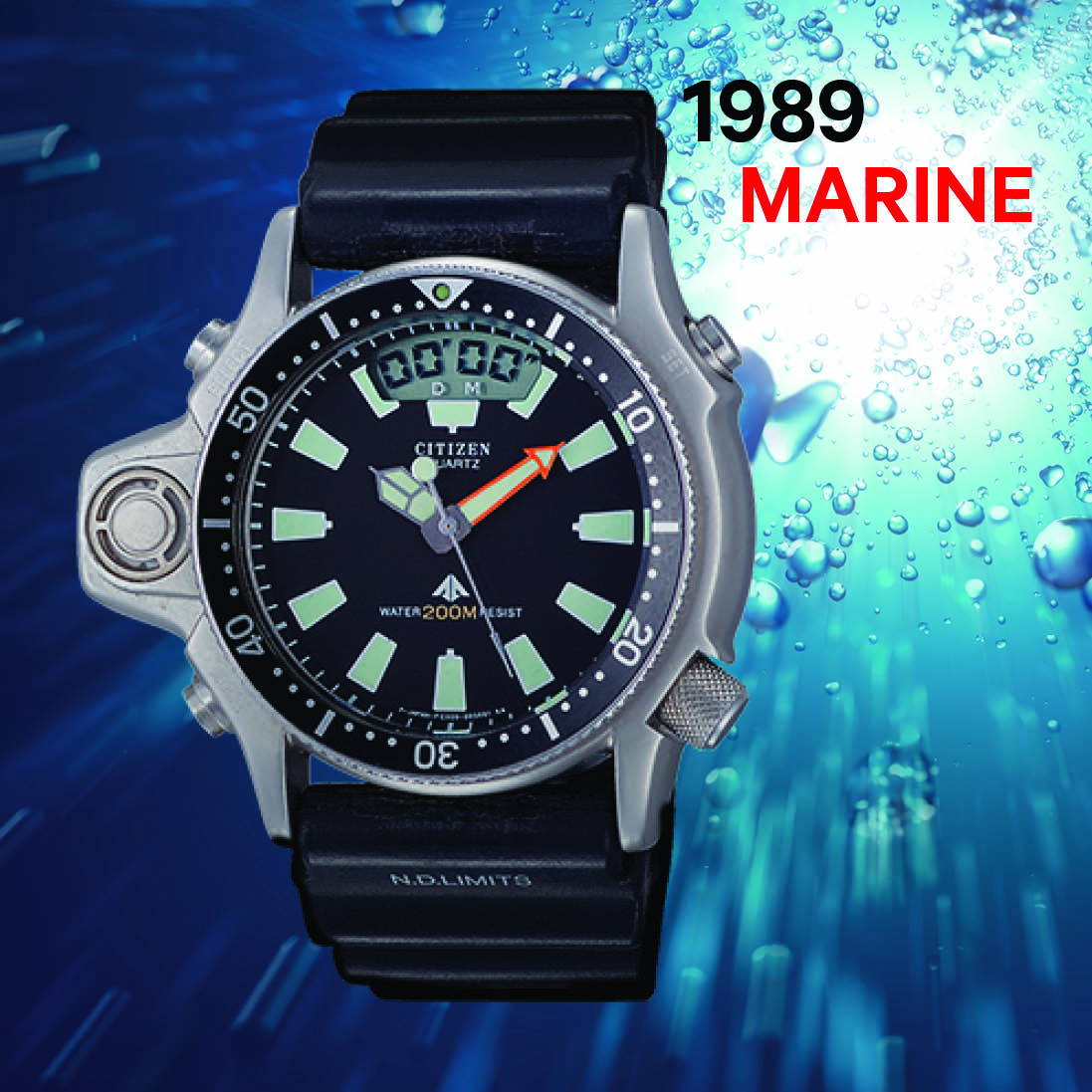 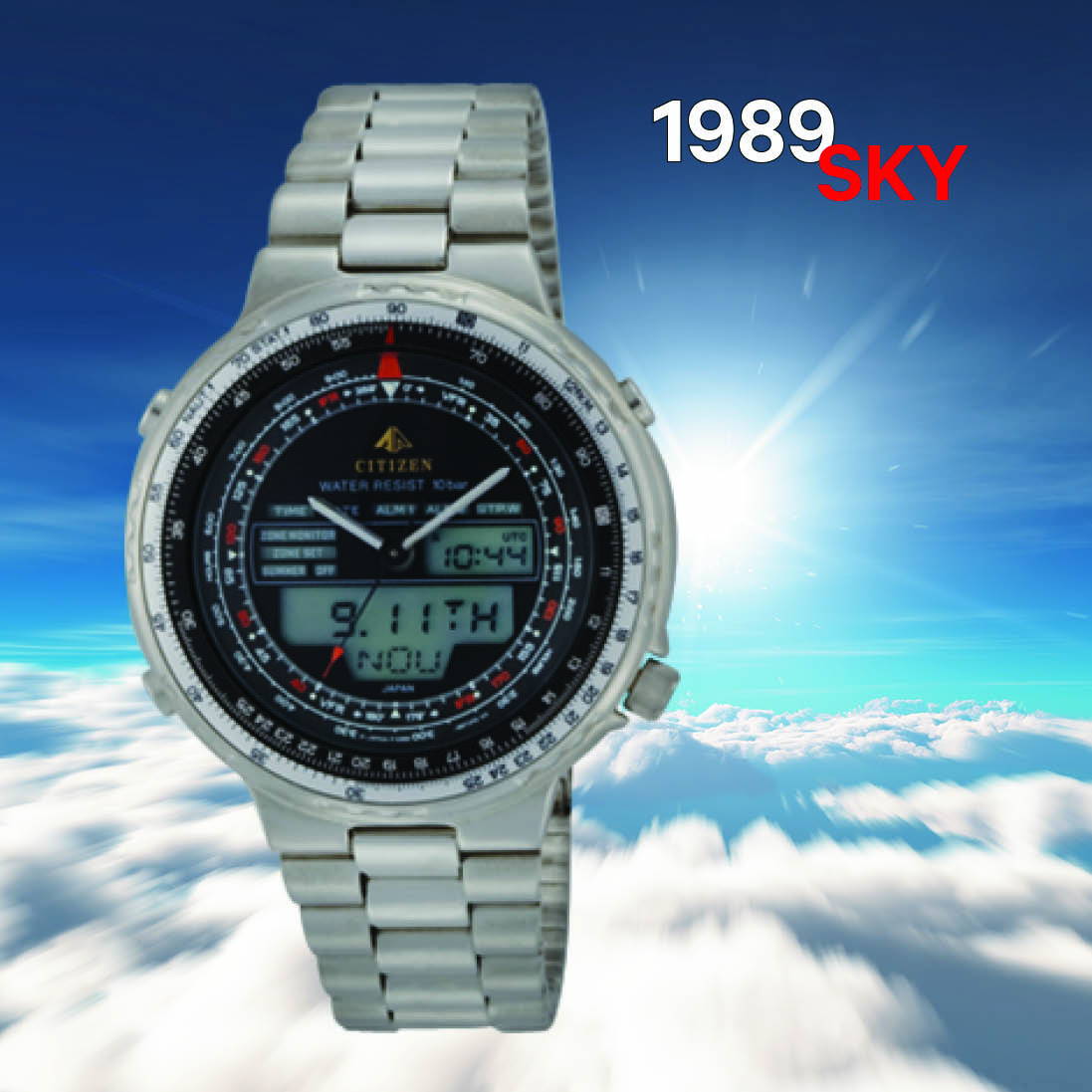 1989 : The CITIZEN Promaster collection was launched.

1989 : The world’s first watch being able to measure altitude and air pressure. Was ideal for outdoor usage.

1986 : The annual production quantity of movement become World’s No.1.

1987 : The world’s first digital quartz with sound recognition. Could operate the watch or by voice.

1995 : The world’s first analogue solar watch with alarm chronograph and “The Citizen” 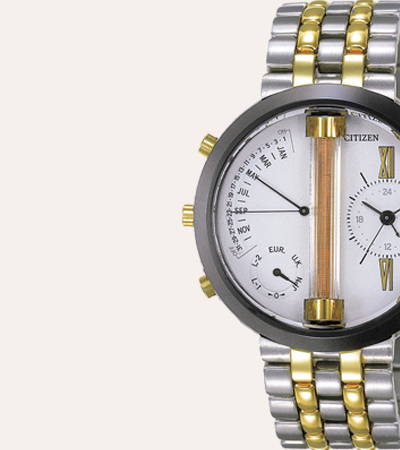 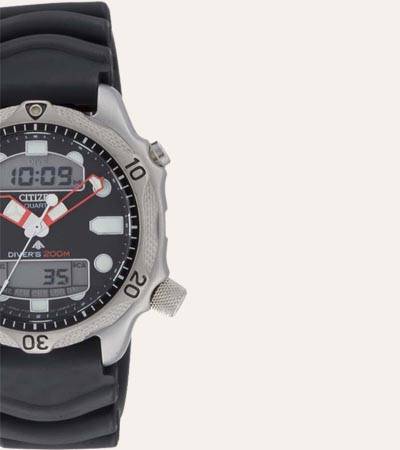 2000 : Eco-Drive with transparent solar cell. Minute solar cells are situated under the cover glass. Opened up design possibilities of the dial. 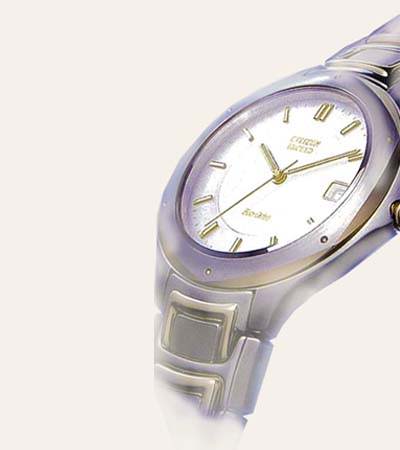 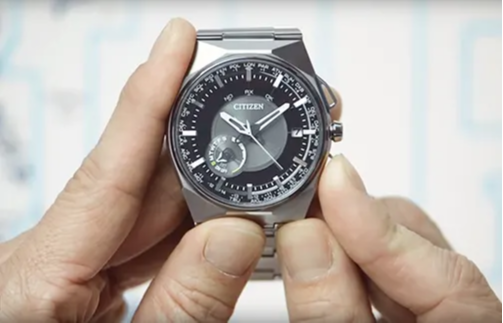 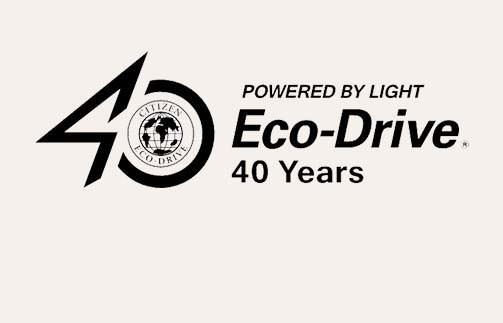 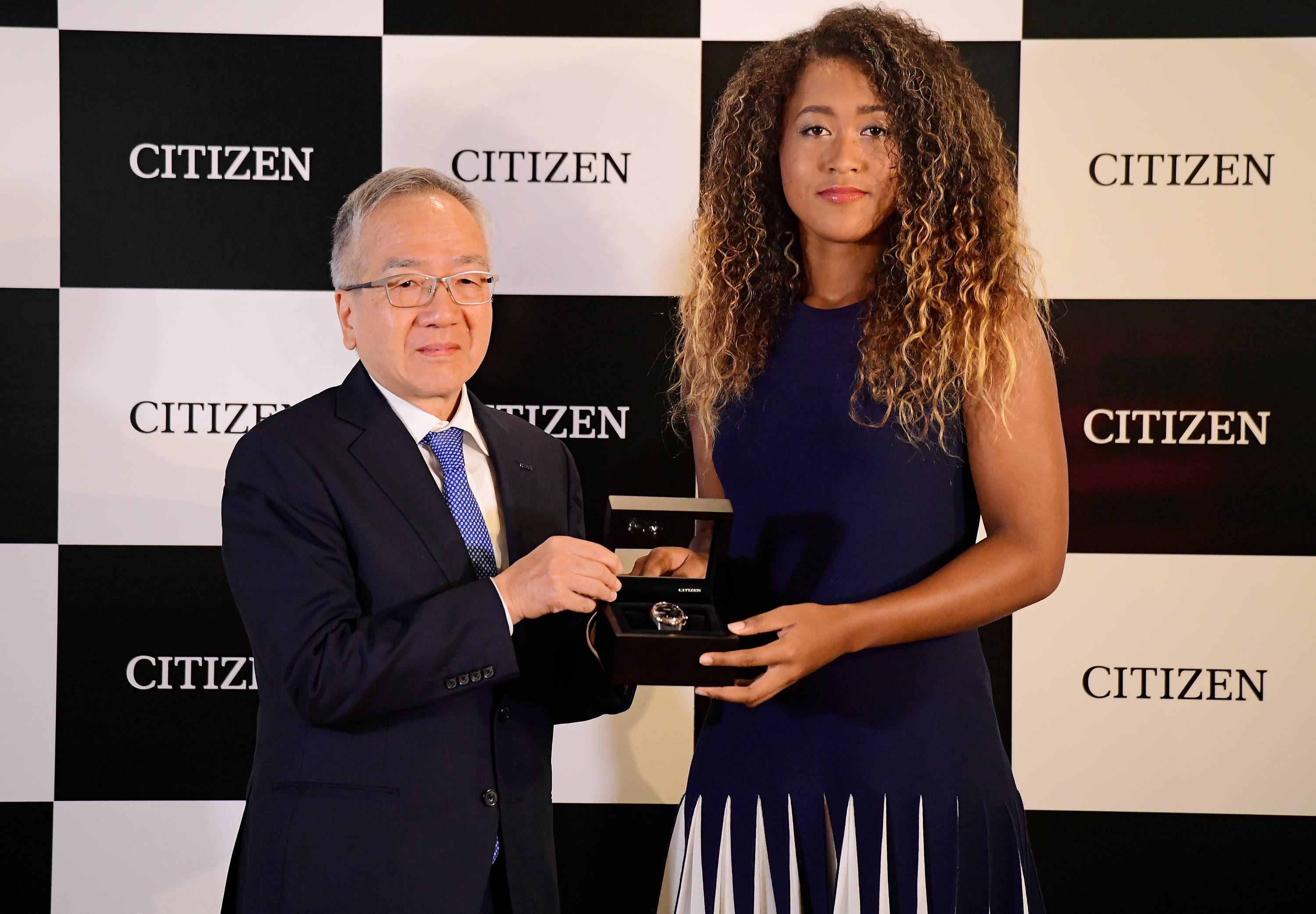 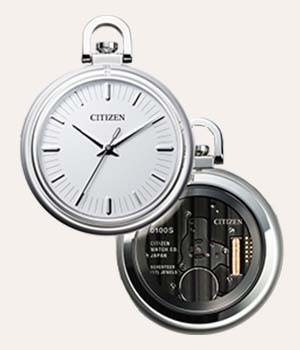 2019 : Marking the 30th Anniversary of PROMASTER, CITIZEN launches “Save the BEYOND” Campaign. 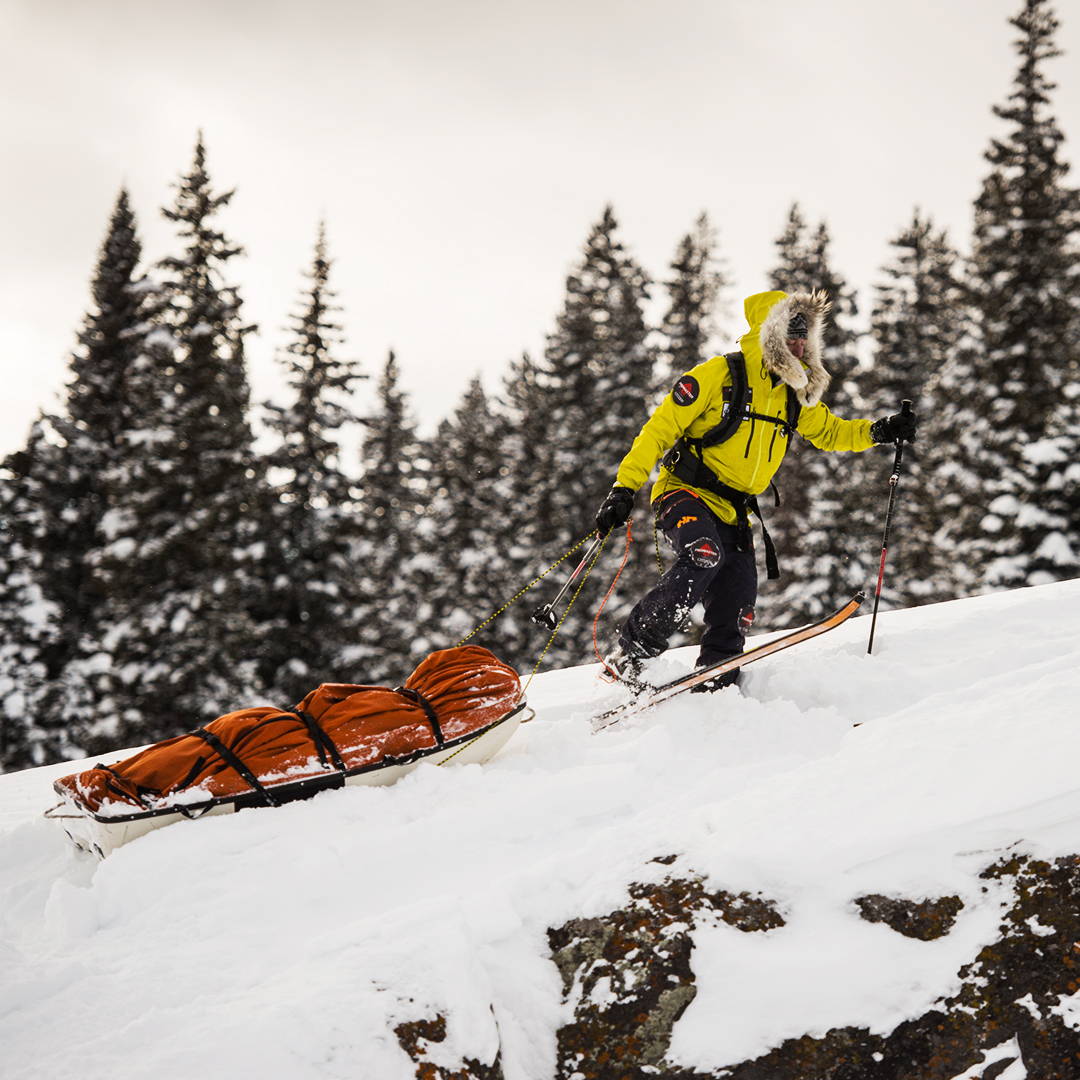 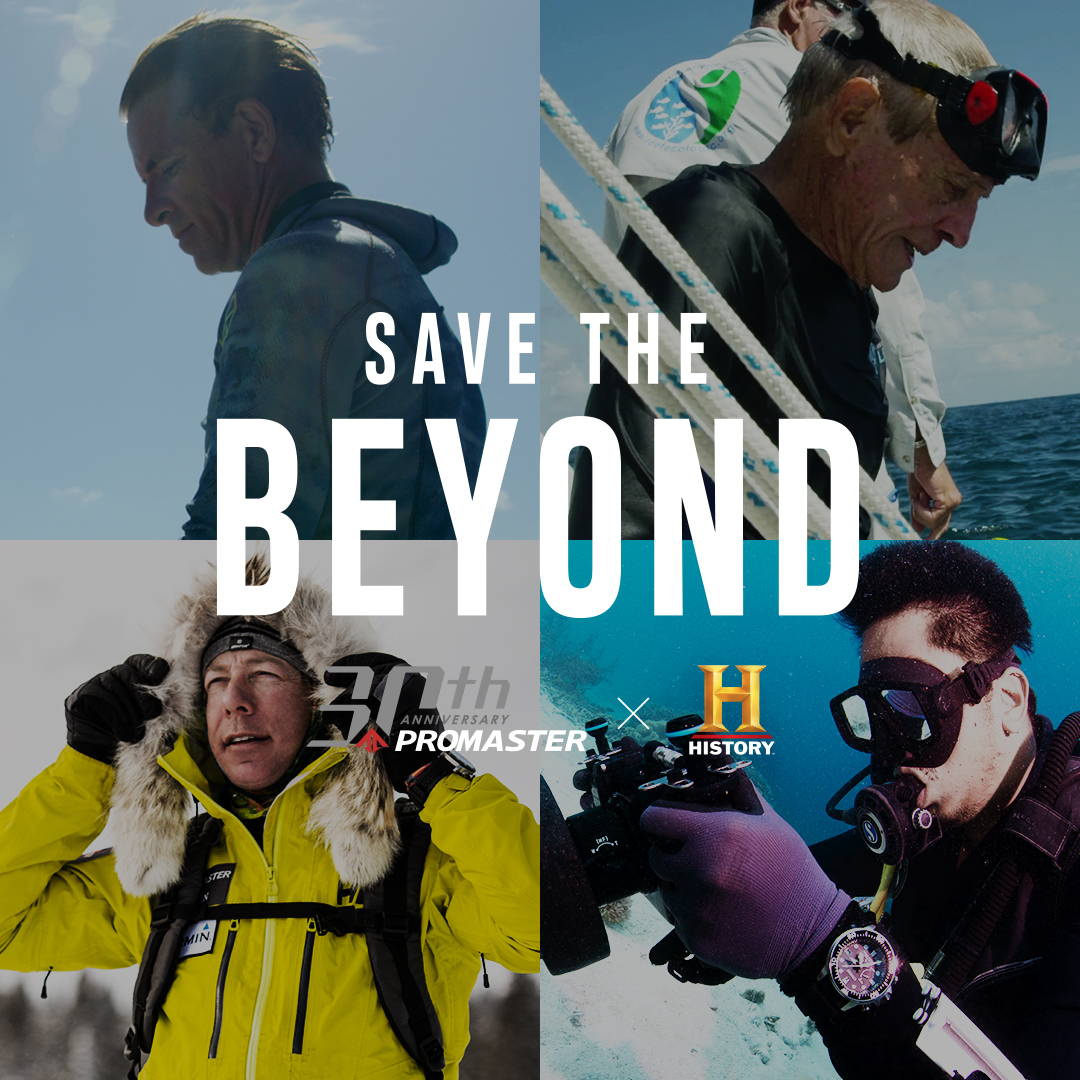 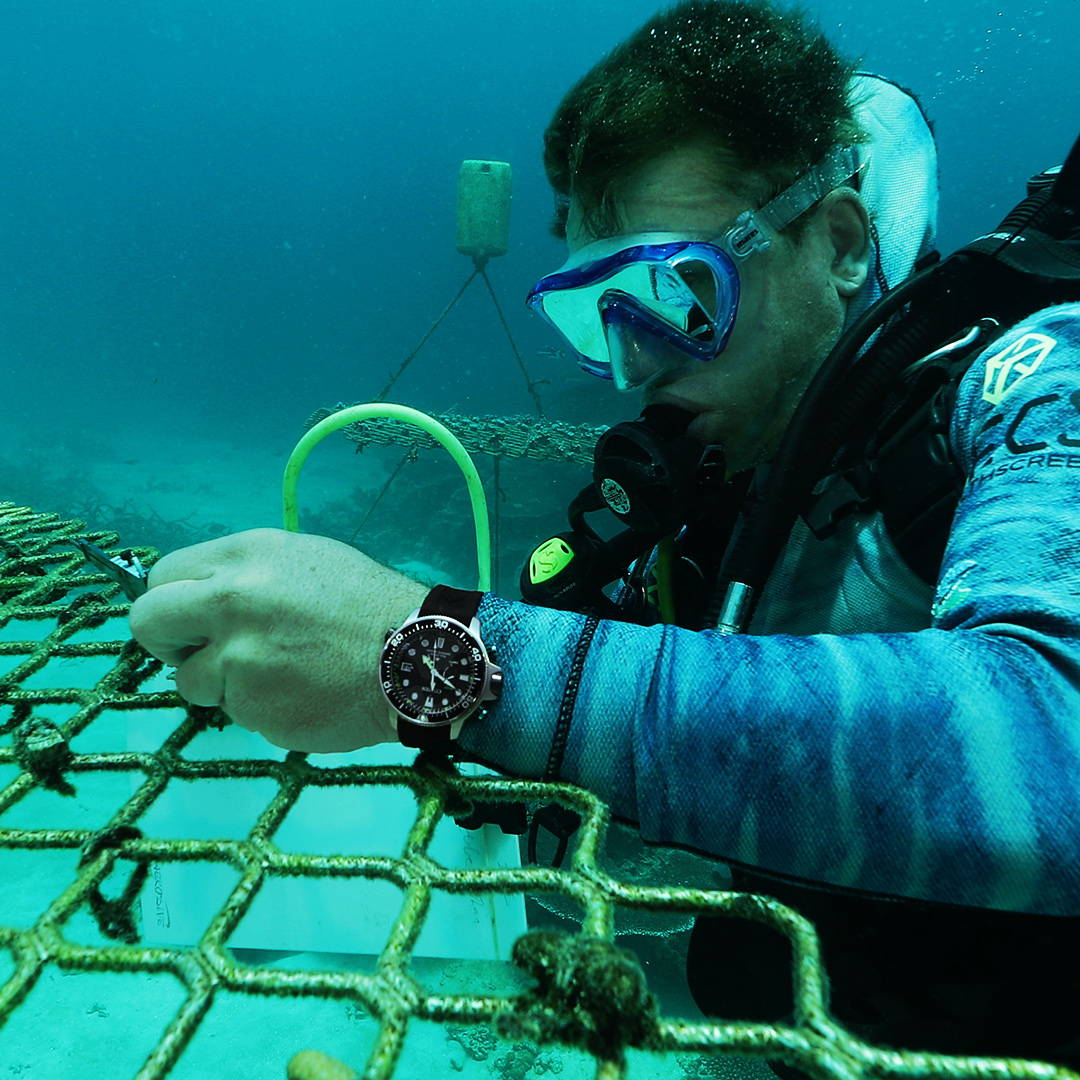 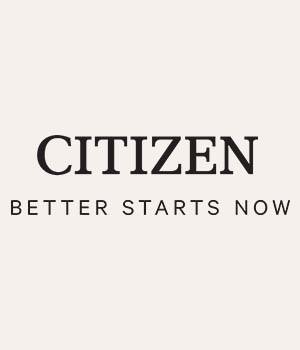